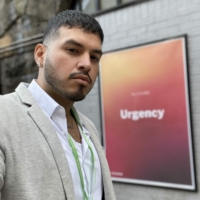 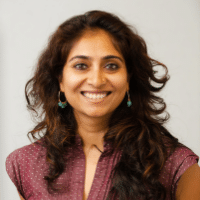 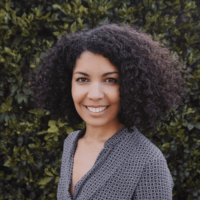 Mattea Pechter is EnviroVoters’ Campaigns and Organizing Manager. Mattea works to connect grassroots energy to climate champions and build power in communities that have been historically excluded from the process of policy making and the opportunity to hold their legislators accountable. Mattea is a former Field Director working on electoral races at the local, state, and national level. She graduated from Ursinus College with a bachelors in Environmental Studies, with a focus on the social and political dynamics that have brought us where we are today. Mattea is passionate about storytelling and the arts and studying the way our culture and values are messaged to us from within that space. Contact Mattea at: mattea@envirovoters.org.

Santiago M. Rodriguez is the Legislative Affairs Assistant at EnviroVoters and one of the first people to go through our new internship process. In this role, Santiago conducts policy research and supports the legislative staff by tracking bills, representing the organization in committee hearings, and drafting official position letters for legislation. Santiago graduated from the University of Redlands with a degree in public policy and has dedicated his career to better understanding injustice and how the legislative process can be leveraged for change. In their free time Santiago enjoys practicing new skills, meeting new people, and learning more about the world. Contact Santiago at: Santiago@envirovoters.org
Melissa Romero is EnviroVoters’ Senior Legislative Manager. In this role, Melissa represents the organization in the state’s capitol, lobbying for strong environmental policies and working with partner organizations on advancing priority legislation. Her work includes tracking and prioritizing legislation, representing EnviroVoters on a variety of coalitions and networks, working with state legislators and their staff, and being the organization’s voice in the capitol. Prior to EnviroVoters, Melissa worked with Californians Against Waste on advancing waste reduction and recycling legislation and at Cal State Long Beach, Associated Students Inc. advocating for sustainability and zero waste policies and practices on campus. Melissa’s interest in policy began with an interest in environmental sciences and developed with strong sense of urgency to address the need to shift away from fossil fuel use and other extractive industry practices. Contact Melissa at: Melissa@envirovoters.org
Jason Smith is EnviroVoters’ Digital Content Producer, where he produces infographics, videos, animations, and everything in between. Since graduating from USC’s School of Cinematic Arts in 2015, Jason has freelanced as an animator and commercial director, creating content that featured fruit, underwear, and microphones. He is beyond thrilled to finally put his visual talents to use for his greatest passion: fighting climate change and promoting green technology/legislation. Contact Jason at: Jason@envirovoters.org
Gina Stovall is EnviroVoters’ Grants Manager. In this role she works across the organization to develop a portfolio of grants, manage reporting, and compliance, and support the development of EnviroVoters’ programs and initiatives. Over the past decade working on climate change, Gina has become particularly cognizant of the importance of sustainable funding to power movements and finance innovative solutions. Prior to joining EnviroVoters, Gina worked on climate resilience planning and implementation in New York State’s Governor’s Office of Storm Recovery where she led strategic managed retreat and resilience efforts after Hurricane Sandy devastated the region. Gina also has a background in coalition building and cross-sector climate action, bringing together cities, states, academia, NGOs, and other decisionmakers to build data-driven, justice-oriented climate programs. Gina holds a Master’s from Columbia University in Climate & Society and a Bachelor’s in Geology from The City College of New York – CUNY. In her free time, she loves reading on the beach, traveling, and putting together Wysocki puzzles. Contact Gina at: Gina@envirovoters.org
Samuel Sukaton (he/they) is EnviroVoters’ State Advocacy Coordinator. Sam organizes campaigns across the state for fair redistricting, climate investments in state and local government, and building California’s political will for systems change (not climate change!) Sam returned to EnviroVoters after campaigning with PICO California and the Million Voters Project in the 2020 election, and managing Senator Bernie Sanders’ 2020 primary victory in Orange County and the Inland Empire. Previously, he worked with EnviroVoters on safe drinking water, the Sierra Club on fracking bans, and Assembly Majority Leader Eloise Gomez Reyes’ 2016 campaign. He sits on the board of the Inland Empire League of Environmental Justice Voters, a partner to EnviroVoters’ work in San Bernardino and Riverside Counties. Born in Pennsylvania and raised in San Bernardino, Sam holds a B.A. in history from UCLA. Off the clock, Sam writes, plays saxophone, sings, and dances. Contact Sam at: samuel@envirovoters.org
Mike Young is EnviroVoters’ Political and Organizing Director. He has been with the organization since 2005. He has served as Political & Organizing Director since 2018. He has extensive experience working with key political and grassroots community partners to build strategic relationships that have helped both identify and support environmental leaders, as well as hold legislators accountable to their community’s concerns. Heavily engaged with EnviroVoters’ sister local leagues, Mike served as a board member and officer of the Los Angeles League of Conservation Voters, and is currently a board member on the League of Conservation Voters San Diego. He also played a key role in the development of a new Central Coast League of Conservation Voters. Mike is a graduate of Pepperdine University, and he earned B.A.s in Political Science and Philosophy, as well as an Undergraduate Certificate in Dispute Resolution. Contact Mike at: myoung@envirovoters.org
Shopping Basket